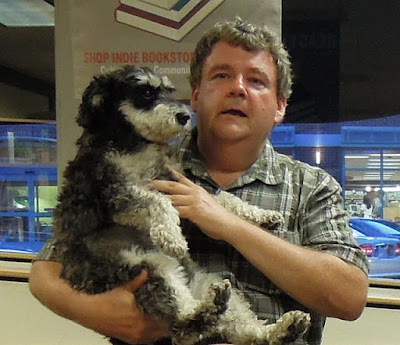 On Friday, May 13, at 6:15 pm I was alarmed to read "If you have healing thoughts to offer, please send them to NH. Tom has rushed Atticus to the emergency room tonight. That's all I know for now" on Tom Ryan's Following Atticus Facebook page because even though he'd had a few health scares he was doing pretty well for a fourteen year old. By 7:00 I read that Atticus had been given an injection to end the suffering he was experiencing due to a short bout with brain cancer.

Although I only met the duo once four years ago in a quaint little bookstore in Exeter, New Hampshire, I felt like I knew them intimately. I was impressed with their relationship and admired the fact that Tom refused to refer to Atticus as his fur kid or fur baby but instead simply called him his friend.

After hearing the devastating news I looked back on the following memory from my February 25, 2012, post detailing my meeting with Tom and Atticus and I hope you enjoy it:

Last night I had the privilege of meeting Atticus M. Finch, the famous miniature schnauzer who has won the hearts of millions and the heart of his companion, Tom Ryan, author of  Following Atticus at Water Street Bookstore in Exeter, New Hampshire. 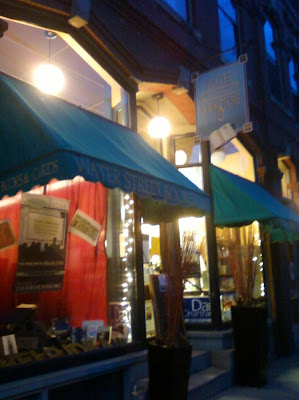 Luckily, I arrived thirty minutes early for the event because if I hadn't I would have been standing in the back of the store unable to catch a good glimpse of 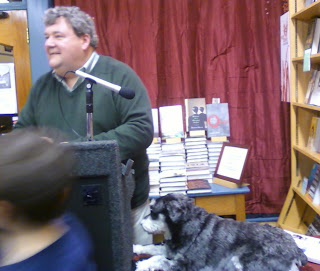 Atticus as he dutifully watched his best friend tell the crowd about their hikes on all forty-eight of the four thousand peaks, not once but twice, during the winter. 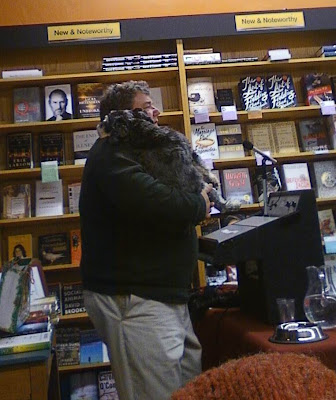 While I enjoyed listening to Tom discuss details about his book I enjoyed watching him express his love for Atticus even more.

Atticus was clearly on Tom's mind throughout the evening by offering him water, pets, and a frequent lift into his arms to help him get a better view of his admiring fans. 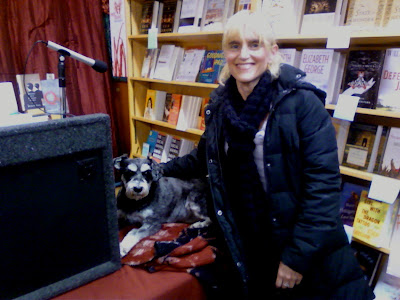 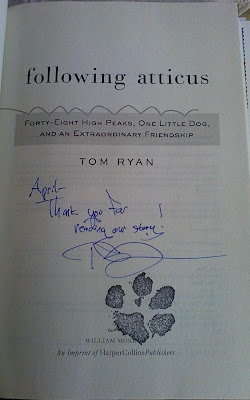 or the chance to get my book autographed and pawtographed!

If you haven't had the pleasure of meeting Tom Ryan and Atticus or to read Following Atticus I hope you get your chance very soon! 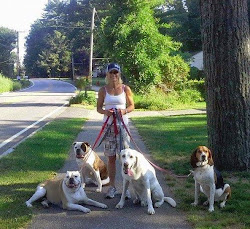 Life is such a treat with her Teacher's Pet Sitting Service clients that she decided to blog about them regularly so that you can feel as if you know them personally! Sit and stay for awhile as you read about her adventures with her furry and feathered friends as well with her cat, Buster, and coon hound, Daisy!

Do You live in Dover & Surrounding Towns & Are in Need of a Sitter? I Can Help! 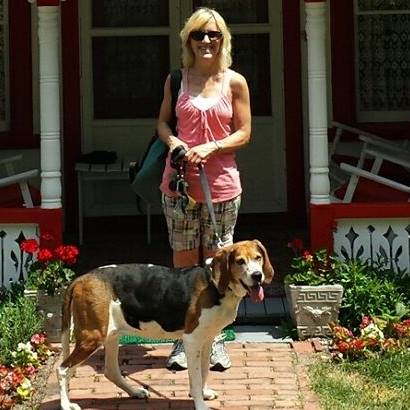 Click On My Picture To Learn About My Services!

Here's a Glimpse of My Clients In Action!

My dedicated blogging partners are: 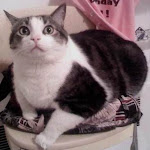